On October 7th the Conservation Committee members were treated to a special field trip led by Pablo Bryant, Reserve Director from the San Diego State University Field Office who gave an overview of the purpose and ongoing work on the Santa Margarita Ecological Reserve (SME) Access to the reserve where animal habitat is studied, especially the mountain lion’s territorial area connecting the Santa Ana and Palomar mountain ranges, generally requires permission because it is set aside for research and conservation.    The reserve also includes the starting point of the Santa Margarita River which flows toward Fallbrook and Camp Pendleton.  We learned that the water source attracts trespassers who leave trash and often destroy fencing and cameras, and tag surrounding rocks.   There is limited funding which makes it difficult to police and restore damage. From November to May the public can enjoy docent led hikes.  For information on upcoming hikes, contact Beth Cobb, volunteer docent at smerdocenthikes@gmail.com 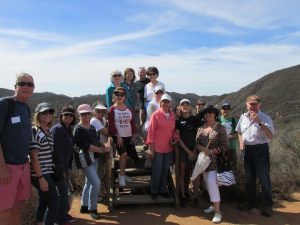 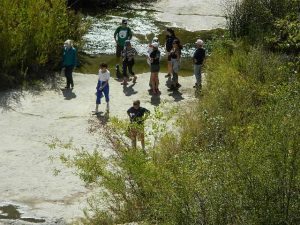 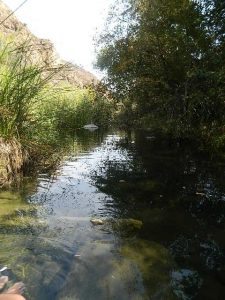